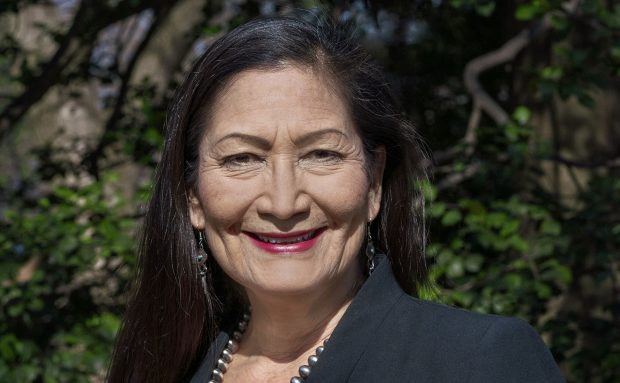 Interior Secretary Debra Anne Haaland became the first Native American to serve as a Cabinet secretary when she took the oath of office on March 16. She won confirmation in the Senate on a 51-40 vote. She is a member of the Laguna Pueblo and a 35th-generation New Mexican.

One of the first two Native American women elected to Congress, Haaland represented New Mexico’s First Congressional District from 2019 to 2021. She has endorsed the Green New Deal, and her efforts in Congress included work on environmental justice.

For her first official trip as Interior secretary, Haaland visited Bear’s Ears and Grand Staircase- Escalante national monuments in Utah, both of which were diminished by the Trump administration. During her visit, Haaland met with tribal leaders as well as Utah state leaders. “I’m here to listen, I’m here to learn. I know that decisions about public lands are incredibly impactful to the people who live nearby,” Haaland said.

Patrick Gonzales-Rogers, executive director of the Bears Ears Inter-Tribal Coalition, said, “We’re just happy we have someone who is so engaged and who is getting so informed. She’s done more in the last 30 days than what’s occurred in the last 1,300 days.”

Haaland called the orders by her predecessors, Ryan Zinke and David Bernhardt, “inconsistent with the department’s commitment to protect public health; conserve land, water, and wildlife; and elevate science.” The cumulative effect of the Zinke and Bernhardt orders “tilted the balance of public land and ocean management without regard for climate change, equity or community engagement,” Haaland said.

By rescinding those orders, Haaland:

Haaland’s orders also call attention to environmental justice issues and direct agencies to account for the costs of greenhouse gas pollution in their actions. A joint study by the Department of Interior and the U.S. Geological Survey shows that fossil fuel production managed by the department is responsible for nearly 25 percent of all U.S. greenhouse gas emissions.