Ground Truth: FSEEE in the News, In the News 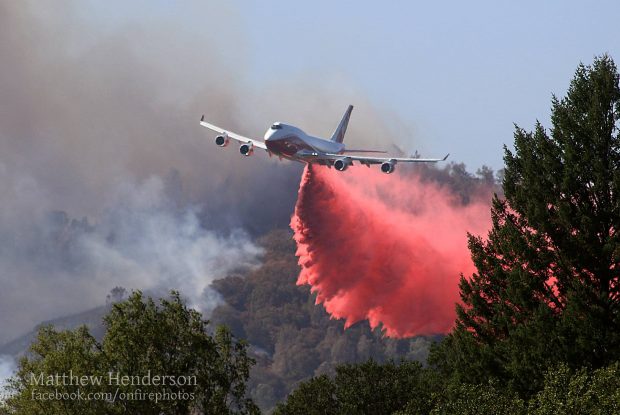 Associated Press journalist Patty Nieberg recently reported on the grounding of the world’s largest firefighting plane, the Global SuperTanker, based in Colorado. She contacted FSEEE Executive Director Andy Stahl for an expert opinion: “Some fire experts, like Andy Stahl … are skeptical about the use of tankers and retardants for wildfire response because of the dangers that aerial firefighting poses, the specific environmental factors needed to operate the tanker and the overall expense of retardants.”

Nieberg reports that the plane, a Boeing 747, “could be converted to help fight against another crisis, the COVID-19 pandemic.”

Alterna Capital Partners LLC invested tens of millions of dollars to upgrade the plane for its firefighting mission, but revenue, coming mostly from the U.S. government and California, did not produce enough profit for the company to continue funding the tanker, according to Roger Miller, managing director at Alterna.

Since Alterna announced it was grounding the SuperTanker, other companies have offered to buy the 747 and turn it into a freight carrier, Miller said. “The COVID crisis has led to a huge boom in the aircraft freighter market flying around PPE, flying around vaccines, just all the stuff that you can’t afford to put on a ship and wait 45 days to get.”

As Nieberg reports, in 2020 federal and state agencies “dropped over 56 million gallons (211,983,060 liters) of retardant, which costs on average $3.10 per gallon.” As Andy notes, that’s “more expensive than dropping Perrier out of airplanes.”

Andy told Nieberg that fire retardant is “used not at all or only incredibly rarely” in the Midwest and points East and that the chemical concoction is a Western phenomena because of the higher proportion of federal lands and the U.S. Forest Service budget for retardants.

“The retardant contracts are very profitable for a small group of very influential firefighting companies and for the bureaucracy that uses them. The retardant is a wonderful way of showing the concerned public that we’re really trying hard to protect their homes.”

FSEEE in the News, In the News