The proposed dam would destroy 10,000-year-old wetlands and encroach on the wilderness area 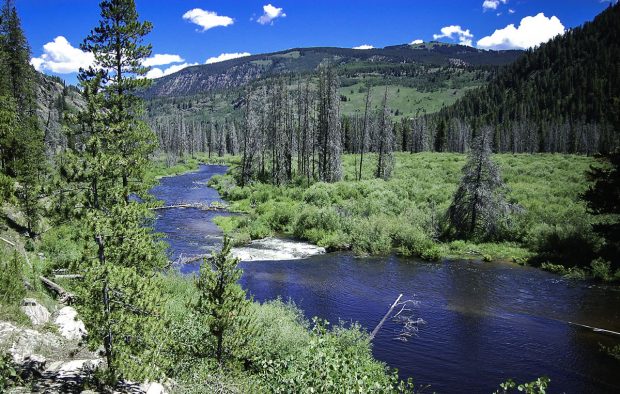 Homestake Creek in Colorado’s Rocky Mountains flows through wetlands that support biodiversity and recharge groundwater. The wetlands would be destroyed by a dam proposed by Aurora and Colorado Springs that would divert water from the headwaters of the Colorado River to the east side of the Continental Divide.

Conservationists and development boosters alike can now weigh in on the next phase of a city government-backed plan to build a new reservoir and divert water to Aurora taps.

The White River National Forest opened a public comment period last week concerning the next phase of a would-be reservoir project dubbed the Whitney Reservoir. Water authorities in Colorado Springs and Aurora plan to divert water near the Vail Valley — normally destined for the Colorado River — to the Front Range by way of pumps and tunnels.

Greg Baker, Aurora Water’s manager of public relations, said in November the Whitney Reservoir could eventually hold between 9,000 acre-feet and 19,000 acre-feet of water.

For comparison, Cherry Creek Reservoir stores more than 134,000 acre-feet. One acre-foot of water can supply three households in Aurora for a year, Baker said.

Members of the public can now comment on a possible next phase of the project: assessing whether various points in Homestake Creek, which flows from mountain sources near Red Cliff in Eagle County, could support a dam and reservoir.

Aurora Water and its southern counterpart, Colorado Springs Utilities, applied for a Special Use Permit to do so. Geologists would conduct ground-level seismic analyses of the ground below and also drill up to 150 feet below the surface. Currently, the operation proposes ten drilling sites.