A man who argues that all lands owned by the federal government should be sold is now in charge of the nation’s largest system of federal lands. 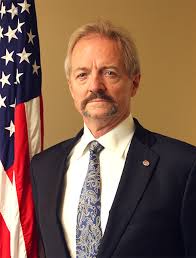 President Trump has yet to nominate a permanent director of the BLM, which manages about 250 million acres, or more than 10 percent of the entire landmass of the United States.

In a 2016 article published in the National Review, Pendley wrote that “(t)he Founding Fathers intended all lands owned by the federal government to be sold.” Top administration officials, including former Interior Secretary Ryan Zinke, have denied that there any plans to stage widespread sell-offs of public lands. An Interior Department spokesperson said yesterday that “the administration adamantly opposes the wholesale sale or transfer of public lands.”

Environmentalists voiced skepticism, asking why the administration would appoint an attorney who has made that position a signature feature of his long career as head of the BLM.

Pendley, a Wyoming native, is former president of the Mountain States Legal Foundation, which was founded in 1977 and first led by Reagan Interior Secretary James Watt. In 1984, the Government Accountability Office singled Pendley out in a report outlining ethical violations involving a federal coal leasing program.

Pendley is the attorney of record for the company Solenex, which has long sought to open portions of the Badger-Two Medicine Area in Montana’s Lewis and Clark National Forest to oil and gas drilling. The region, which borders Glacier National Park and the Bob Marshall Wilderness Area, is considered sacred by the Blackfeet Tribe.

He has authored several books, including a 2012 volume titled “Warriors for the West.” The book’s subtitle is “Fighting Bureaucrats, Radical Groups, and Liberal Judges on America’s Frontier.” The first two chapters are titled “Fighting the ‘Pit Bull of Environmental Laws’” (referring to the Endangered Species Act), and “Fighting Lyin’ Cheatin’ Bureaucrats.”