More than 1,000 U.S. Forest Service employees could lose their jobs under a plan announced by the Trump administration today to shutter nine Job Corps Civilian Conservation Centers and largely privatize those that remain open. 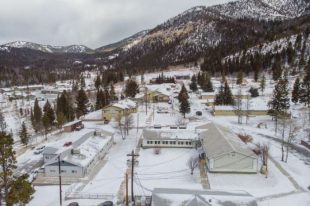 The Forest Service has overseen the program, which offers jobs to at-risk young people to fight fires and undertake conservation work on national forests, for decades. The U.S. Department of Labor will now oversee the program.

The centers employ and educate people between the ages of 16 and 24 with the mission of helping them learn skills for meaningful careers.

Sixteen Civilian Conservation Centers will remain open, according to a Labor Department news release issued today. But “the majority of CCC operations will be replaced by new contract operators or a partnership overseen by Department of Labor.”

A spokesperson for the National Federation of Federal Employees said the union has been told up to 1,065 Forest Service employees could lose their jobs.

According to the website Politico, Forest Service Chief Vicki Christensen learned of the decision just four days ago. She reportedly held a conference call with agency employees this morning,  just an hour before the press release was issued, saying it was “very difficult news.”

“Please know that this was a high-level policy discussion and decision, and in no way reflects on the excellent work and dedication that you all demonstrate on a daily basis,” Christiansen reportedly said.

The nine centers to be shuttered are in Arkansas, Kentucky, Montana, North Carolina, Oregon, Virginia, Washington and Wisconsin.

Trump officials say the move is all about efficiency.

“This action creates an opportunity to serve a greater number of students at higher performing centers at a lower cost to taxpayers by modernizing and reforming part of the Job Corps program,” today’s news release says.

After the announcement, Montana Sen. Jon Tester blasted the move. One of the centers slated for closure is in Anaconda, Mont. Tester vowed to fight the plan.

“Make no mistake, this decision will lead to an immediate loss of jobs in rural America and undermine economic development in communities like Anaconda moving forward,” Tester told Trump officials, according to a news release. “The magnitude of this decision on a community like Anaconda and the people of Montana is hard to overstate. I urge you to reconsider this irresponsible decision and instead work to create jobs and provide services to the rural west.”