The Bureau of Land Management’s Washington, D.C. headquarters will move west, a top Department of the Interior official told a congressional subcommittee this week, drawing criticism from Democrats on the panel. 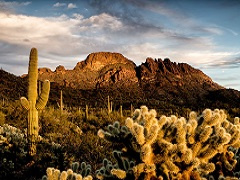 Almost all of the nearly 250 million acres managed by the BLM are in the West.

Scott Cameron, the department’s principal deputy assistant secretary for policy, management and budget, said the move makes sense because the vast majority of land the BLM oversees is located in the West. He said the bureau’s actions will be “more fully formed by local conditions on the ground.”

Cameron said a western location for the headquarters will be identified by the end of September.

The move would be part of a broader reorganization effort for the Interior Department that was launched by former Interior Secretary Ryan Zinke.

Rep. T.J. Cox, a California Democrat who chairs the House Subcommittee on Oversight and Investigations called the reorganization “a solution in search of a problem.”

Critics say the move would prove expensive and inefficient, as top BLM officials would lose the ability to directly interact with White House officials and other decision-makers who work in Washington, D.C.

A group comprised of retired BLM employees is also opposed to the plan. In a position statement issued this week, the Public Lands Foundation pointed out that 97 percent of the BLM’s workforce of more than 10,000 employees is already located in western states.

“There are no data or cost benefit-analysis identifying any problems that need to be solved,” the group said in the statement.

Trump administration officials have previously said they are considering locations in Arizona, Colorado, Idaho, New Mexico and Utah for the new BLM headquarters.