The bad news keeps coming for backers of a controversial natural gas pipeline that would span the Appalachian Mountains. 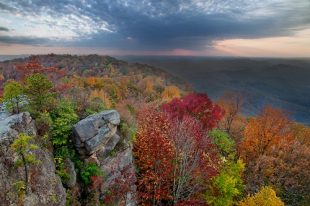 Yesterday, a federal appellate court declined to reconsider its earlier finding that the Forest Service overstepped its authority when it granted permission for the Atlantic Coast Pipeline to cross the Appalachian Trail.

The 4thCircuit Court of Appeals also found that “the Forest Service abdicated its responsibility to preserve national forest resources” when it gave permission for the pipeline to cross the George Washington and Monongahela national forests.

Officials with Dominion Energy, the pipeline’s principal developer, vowed to continue their efforts to build the 600-mile pipeline, which would stretch from West Virginia to North Carolina. Company officials said today they expect to file an appeal with the U.S. Supreme Court within the next 90 days.

Opponents of the pipeline praised the appellate court’s decision.

“Atlantic could reroute, but instead it should scrap this boondoggle and stop running up a bill it wants to stick to customers,” said D.J. Gerken, a senior attorney with the Southern Environmental Law Center.

In addition to its legal troubles, the pipeline’s estimated price tag has swelled to about $7 billion, which is about $3 billion higher than initial estimates.