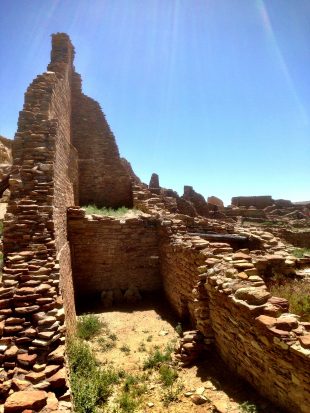 In a brief statement released on Friday, BLM New Mexico Director Tim Spisak said “we will continue to gather information to inform the decisions we make about leasing in this area.”

Nine leases covering about 1,500 acres will be rescinded from a lease sale scheduled for March 28.

Last week, acting Interior Secretary David Bernhardt visited the region and touted the dramatic increases in oil and gas drilling on public lands under the Trump Administration. New Mexico Sen. Tom Udall responded by calling for a 10-mile buffer around Chaco. All of the nine leases rescinded by the BLM were located within 10 miles of the park’s boundary.

Udall praised the decision to withdraw the leases but noted that this is the third time the BLM has done so since President Trump took office.

“This stop-start, shoot-from-the-hip approach is not sustainable or in anyone’s best interest,” said Udall, a Democrat. He called on the Trump administration to cease all leasing activity in the area until it develops “a full and meaningful assessment that listens to the public and Tribal voices.”