Construction has halted on the 600-mile Atlantic Coast Pipeline, as the pipeline’s proponents grapple with adverse judicial rulings and growing skepticism that the project will go forward. 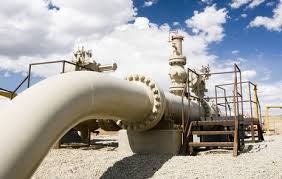 Dominion Energy, the project’s lead developer, is also facing increasing costs. The pipeline’s total tab is now expected to reach $7.5 billion, which is about $3 billion more than original estimates.

Virginia-based Dominion is appealing decisions by the Fourth Circuit Court of Appeals that revoked permits that had been issued by the U.S. Forest Service and the U.S. Fish and Wildlife Service. The pipeline would carry natural gas across the Appalachian Mountains, from West Virginia through Virginia to North Carolina.

In a statement to investors last Friday, Dominion CEO Thomas Farrell acknowledged that the project faces delays. He said he expects the pipeline to be up and running sometime in 2021.

“We are actively pursuing multiple paths to resolve all outstanding permit issues including judicial, legislative and administrative avenues,” Farrell said.

Plans call for the pipeline to cross portions of the George Washington and Monongahela national forests, as well as the Blue Ridge Parkway and the Appalachian Trail. Opponents say the pipeline would pose serious environmental risks and would be an eyesore.

A similar project in the area, the Mountain Valley Pipeline, also faces legal challenges. That proposed 303-mile natural gas pipeline would cross a section of the Jefferson National Forest.