Democrats are accusing the Trump administration of favoring oil and gas drilling during the partial government shutdown. Since the shutdown began, the Bureau of Land Management has issued more than 150 permits to drill on public land, according to an objection filed by conservation groups last week. 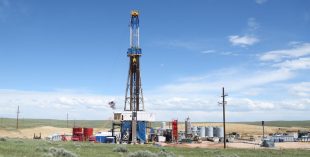 And officials with the Bureau of Ocean Energy Management, which is part of the Department of Interior, have recalled employees to prepare oil lease sales in the Gulf of Mexico and to work on a new five-year plan governing off-shore drilling.

In a letter sent Tuesday to the Bureau’s acting director, Walter Cruickshank, and to acting Interior secretary David Bernhardt, 14 Senate Democrats questioned the legality of using funds for such purposes during the shutdown.

“The newfound characterization of these projects as essential paints a troubling picture of an agency dedicated to mitigating the consequences of the shutdown for a powerful and well-connected corporate lobby at the expense of the American people,” the senators wrote.

In their letter, the senators question whether the administration’s decision to fund oil and gas projects violates the 1870 Antideficiency Act, which limits the ability of the executive branch to spend funds that have not been authorized by Congress.

“On what legal basis did the Administration rely to change its treatment of offshore oil and gas activities in the (Bureau of Ocean Energy Management) January 2019 contingency plan as compared to its December 2018 contingency plan, given the constraints of the Antideficiency Act and appropriations law?” they asked.

The senators demanded answers to that and several other questions by the end of next week.