Late last week, shortly before a partial government shutdown took effect, President Trump signed an executive order calling for the Forest Service and the Bureau of Land Management to ramp up logging on public lands. 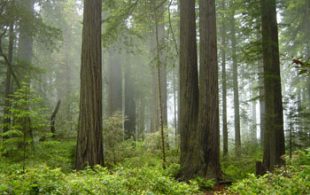 “For decades, dense trees and undergrowth have amassed in these lands, fueling catastrophic wildfires,” the order reads. “These conditions, along with insect infestation, invasive species, disease, and drought, have weakened our forests, rangelands, and other Federal lands, and have placed communities and homes at risk of damage from catastrophic wildfires.”

Trump instructs his administration to work with state and local officials on logging and thinning operations, and to “streamline administrative and regulatory processes.”

In September, a group of more than 200 scientists signed a letter opposing plans to increase logging on public lands to combat wildfires. Such efforts are ineffective, they said, when conditions are ripe for large fires.

“(A)s the climate changes, most of our fires will occur during extreme fire-weather (high winds and temperatures, low humidity, low vegetation moisture),” they wrote. “These fires, like the ones burning in the West this summer, will affect large landscapes, regardless of thinning.”

Last month, while touring the fire-ravaged community of Paradise, Calif., Trump cited Finland as an example of a country that effectively manages its forests. He drew widespread ridicule by saying that Finnish forestry officials spend “a lot of time raking and cleaning and doing things, and they don’t have any problem.”