Vows from Democrats in the House of Representatives to provide robust oversight of Trump administration policies will extend to environmental issues, key lawmakers said after their party took back control of the chamber on Tuesday.

In a press conference yesterday, House Minority Leader Nancy Pelosi (D-Calif.), said “we are concerned about what is happening at the EPA,” adding that Trump policies pose threats to clean air and water. 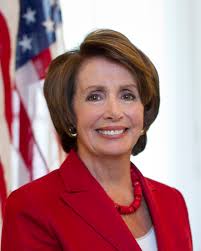 Pelosi, who is favored to return to the role of House speaker that she held from 2007 to 2011, called for bipartisanship on priorities such as crafting legislation to upgrade American infrastructure.

“When we build the infrastructure we have to do so in a green way,” she said.

In retaking control of the House, Democrats will also assume leadership of key congressional committees.

Raúl Grijalva (D-Ariz.) is expected to take the reins of the House Committee on Natural Resources, which oversees public lands issues. He would replace Utah Republican Rob Bishop, an aggressive critic of environmental protection regulations.

New Jersey Democrat Frank Pallone is expected to take leadership of the House Committee on Energy and Commerce. In a statement after Tuesday’s midterms, Pallone vowed to “conduct vigorous oversight of the Trump administration, so Washington works again for the people not the special interests.”