Utah is joining Alaska in seeking a state-specific exemption from the Trump administration to the Roadless Area Conservation Rule.

With the backing of the state’s Republican governor, Gary Herbert, Utah officials plan to submit a petition to the Department of Agriculture before the end of the year seeking an amendment to the 2001 rule. More than 4 million acres of national forests in Utah are currently protected from road-building and logging under the rule, which protects nearly 60 million acres of national forests across the country. 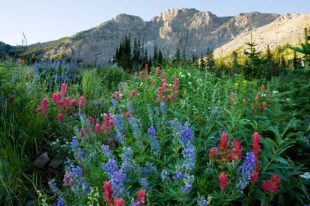 Earlier this year, state officials in Alaska submitted a petition for an independent application of the roadless rule for their state, which the Trump administration promptly granted. The Forest Service plans to unveil a new roadless rule specifically for the Tongass National Forest, the largest in the United States, in 2020.

Herbert said the roadless rule should be amended in Utah to allow the Forest Service to pursue thinning and other types of active forest management designed to lessen the risk of wildfires.

“This petition will give us more tools to proactively manage forest health and reduce the conditions that result in wildfires that negatively impact wildlife, air and water quality,” Herbert said.

Conservationists counter that the state’s leadership is using the public’s fear of wildfires in a cynical effort to increase logging on public lands in the state. They say that road-building and logging would increase the risk of wildfires, since the majority of fires are sparked by humans.

Utah officials in all levels of government have been in the forefront of efforts to weaken or rescind environmental protection for public lands. A document dated November 30, 2016, obtained by the Pacific Standard, lays out Gov. Herbert’s priorities for public lands in the Utah. The document, titled “Policy Objectives for Federal Land Management” and labeled as “confidential and privileged,” includes a recommendation to “(r)evoke the Forest Service’s roadless rule and reinstate timber production on federal land that has been managed as special areas or roadless areas.”

The governor’s office is holding the last of six open houses on the proposal tonight in Cedar City.