Do facts matter at all?

Last week, during a cabinet meeting, President Trump lambasted California officials for leaving the state’s forest “a mess.” He said that “California ought to get its act together and clean up their forests.” He accused them of leaving “old trees just sitting there, rotting and drying,” according to The Hill.

Hmmm … where to start?

How about with the numbers. The federal government spent about $1.4 billion on wildfires in California over the past two years. That’s a lot of money. But it’s not exactly “hundreds of billions of dollars.” 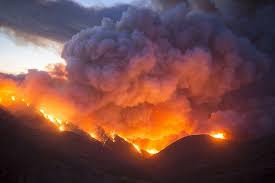 Also, the majority of California forestland is managed by Trump’s federal government, not by the state. The Forest Service and other federal agencies manage more than 20 million acres in The Golden State—about 60 percent of the total forested acreage. State and local agencies oversee about 3 percent of the state’s forests.

Then there’s this: Trump and his supporters are fond of accusing “radical environmentalists” of blocking necessary forest management projects with frivolous lawsuits. They never acknowledge the real reason “fuels management” projects can be a slow go: They cost a whole lot of money.

A typical thinning project—the kind advocated by Trump administration officials and their congressional supporters—costs an average of $1,000 to $2,000 per acre. There are approximately 33 million acres of forests in California alone. At $1,000 per acre, thinning all that area would cost $33 billion. Plus, the forests would have to be thinned repeatedly—vegetation, after all, grows back.