The Trump administration yesterday proposed a major overhaul of the Endangered Species Act, outlining regulatory revisions that could clear the way for drilling, logging and other industrial activities in areas that provide key habitat for rare plants and animals. 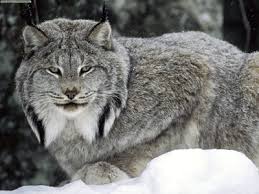 A trio of rule changes proposed by the Department of Interior would place tight limits on actions the federal government can take to protect threatened and endangered species.

One of the proposals would preclude the designation of critical habitat in areas that are not currently occupied by a particular species listed for protection under the act. Many such species occupy only a tiny sliver of their historic range.

The proposal would also curtail now-required consultations with the U.S. Fish and Wildlife Service and the National Marine Fisheries Service—the two Interior agencies charged with implementing the Endangered Species Act—for logging, mining and other projects that may harm plants and animals listed under the act.

Critics of the landmark 1973 legislation say that only 3 percent of the species listed under the act have recovered to the point that they can be removed from the threatened and endangered species list. The act’s supporters flip that argument on its head, pointing out that 99 percent of the creatures protected under the act are still in existence. That includes species such as the bald eagle and the gray whale.

“Instead of continuing the hard work needed to conserve a healthy and vibrant environment for our kids and grandkids, this administration is working to further imperil the more than 1,600 threatened and endangered species,” said Christy Goldfuss, senior vice president for energy and environment policy for the Center for American Progress.

Yesterday’s announcement triggers a 60-day period in which the administration will accept public comments about the rule changes. Meanwhile, congressional Republicans are pursuing legislation that would also weaken the Endangered Species Act.