The owners of a small ski area in Utah have grand plans for a major expansion into a wild corner of the Wasatch Range. The proposal includes construction of a 4.3-mile gondola that would rank as one of the longest in the world. 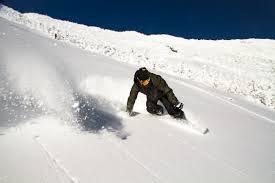 Mountain Capital Partners, which owns the 140-acre Nordic Valley ski area northeast of Ogden, wants to expand to 2,800 acres, largely into an area of the Uinta-Wasatch-Cache National Forest that is subject to the provisions of the 2001 Roadless Area Conservation Rule. While the company has not yet filed any applications with the Forest Service, it has held one open house to explain the proposal and plans another. It has also launched a website detailing the plans.

The gondola would whisk users from North Ogden to the ski area in a 12-minute ride, according to the company’s website. The company hopes to build the gondola in 2020, in time for that year’s ski season.

Conservationists were quick to criticize the plans.

“This is a wild area at the northern edge of the most populated areas of the Wasatch,” Carl Fisher, executive director of the group Save Our Canyons, told the Salt Lake Tribune. “It’s a massive expansion entirely in a roadless area. It’s an extremely aggressive proposal to convert something special and wild and turn it into a circus.”