A Forest Service plan to regulate snowmobile use on California’s Tahoe National Forest is generating heated responses from those who want free rein to ride the machines where they wish.

Some of those who have voiced support for placing limits on where snowmobiles can go on the national forest have received threatening emails laced with slurs. 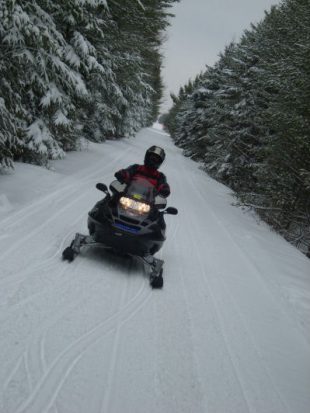 “This is the first time I’ve encountered people looking at what other people have commented and finding those people and harassing them,” Tahoe National Forest Supervisor Eli Ilano told the Reno Gazette Journal. “It is discouraging because it is not promoting public discourse on the topic.”

The Forest Service launched its “Over-Snow Vehicle Use Designation Analysis” after reaching a settlement with three advocacy groups that sued the agency in 2011 for failing to regulate snowmobile use in the Sierra Nevada.

Tahoe National Forest officials received more than 2,000 comments on the plan. A final decision is expected early next year.