Panama-based Red Flat Nickel Corp. wants to dig a strip mine near the Kalmiopsis Wilderness Area, in the headwaters of the Pistol River and Hunter Creek, both of which are renowned for supporting healthy salmon populations. 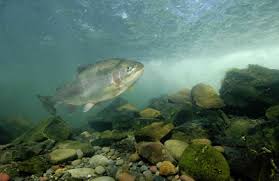 In a letter to Oregon senators Ron Wyden and Jeff Merkley, and to Oregon Rep. Peter DeFazio, Perdue said that a withdrawal of 100,000 acres in the area from mining activity over the next 20 years, put in place during the waning days of the Obama administration, will stay put.

That includes more than 95,000 acres on the Rogue River-Siskiyou National Forest.

“(T)he Forest Service has no plans to revisit (the withdrawal) prior to its expiration, or absent Congressional direction otherwise,” Perdue wrote.

Last November, the three Oregon lawmakers, all Democrats, wrote a letter to Interior Secretary Ryan Zinke and to Perdue, whose office oversees the Forest Service, urging them to keep the mining withdrawal in place.

Utah Republican Rep. Rob Bishop, who chairs the House Natural Resources Committee, had earlier cited the Oregon mineral withdrawal in urging the Trump administration to review all such withdrawals put in place by the Obama administration.

The three lawmakers joined conservationists in praising Perdue’s decision to protect the area from mining.

“Allowing mining would have devastated this natural treasure and threatened pristine waters critical for salmon habitat and drinking water, as well as harmed the local economy,” DeFazio said. “I appreciate Secretary Perdue’s willingness to work in accordance with the will of the people of southwest Oregon.”