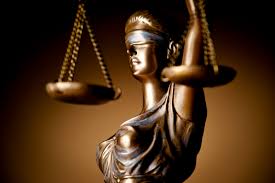 Cliven Bundy is a free man. His cattle are free to roam the public estate. More than $1 million in unpaid grazing fees remains unpaid. The self-styled militia crowd is emboldened. Public land managers are demoralized.

Somebody, please, put a tent over this circus.

A good deal of finger-pointing has taken place following U.S. District Judge Gloria Navarro’s scorching dismissal of the government’s case against Bundy earlier this month. And for good reason.

The prosecution’s spectacular collapse was witnessed with astonishment by all those who subscribe to the radical notion that the government has legal authority to regulate the grazing of privately owned cattle on public land.

To the Bundys and their supporters, the dismissal—and an Oregon jury’s earlier acquittal of sons Ryan and Ammon Bundy for their roles in the 2016 armed occupation of the Malheur National Wildlife Refuge—is vindication of their constitution-in-the-pocket beliefs. The states, according the Bundy crowd, are the rightful owners of lands managed by the Forest Service and the Bureau of Land Management.

That’s hogwash, of course, both legally and as a matter of common sense.

Make no mistake, though—the end of the Bundy prosecution marks the beginning of a dangerous time for our public lands, and for those charged with enforcing the laws that purport to govern how they are used.

Let’s be clear: By grazing his cattle on public lands without a permit, as he has done for a quarter of a century, Cliven Bundy is violating the law. He’s shortchanging taxpayers and degrading lands owned by all Americans.

But this, too, is true: The government’s handling of the case has been a disaster. The Bureau of Land Management’s tactics in attempting to round up the Bundy cattle in 2014 were, to put it mildly, tactless.

In comments to The Oregonian newspaper, former BLM Director Robert Abbey criticized the agency for staging what amounted to a military operation, deploying more than 100 law enforcement officers including rifle-toting agents dressed in camouflage.

“It was a strategy that certainly was a poor one,” Abbey told the newspaper. “In hindsight, the agency knew or should have known better.”

Likewise, the government lawyers charged with prosecuting the Bundys need a refresher course in basic criminal law. Navarro excoriated them for failing to share evidence with the defense attorneys that could have been helpful to the defendants, which included the elder Bundy, two of his sons and a supporter. She pointed to more than 3,000 pages of records from the BLM and the FBI that prosecutors provided to defense attorneys after an Oct. 1 deadline had passed.

And so the government’s case against the scofflaw rancher lies in a smoking heap. And local land managers find themselves back to square one. Cattle owned by a rancher who refuses to accept the authority of the federal government are trespassing on the public estate.

In his comments to The Oregonian, Abbey, who also served eight years as the BLM’s Nevada state director, offers some advice that makes a lot of sense. The Bundys, Abbey said, “need to face repercussions if they’re still breaking the law. It’s a new day, and the agency needs to focus on what it controls.”

BLM land managers, in other words, should continue to document cattle trespassing on public land, whether they are owned by Cliven Bundy or anyone else. They should require that ranchers obtain and pay for permits. And if the rancher refuses? By all means, those cattle should be removed from public land.

Don’t expect any help from the top, though. The Interior Department that oversees the BLM, led by Ryan Zinke, has said little about the Bundy matter. Last summer, with the Bundys still facing serious criminal charges, Attorney General Jeff Sessions said that he’s “not taking sides or commenting on the case.”

This much is clear: The rule of law must prevail; Bundy’s cows must go. If higher-ups in the Trump administration are unwilling to do what’s right, BLM managers lower down must take action anyway. That’s their job.