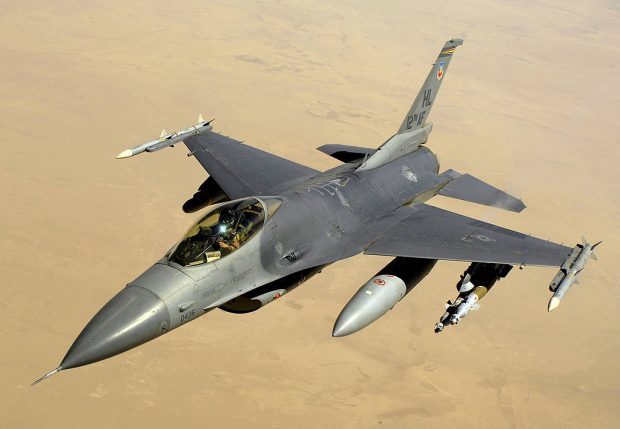 A U.S. Air Force proposal to expand training flights over New Mexico’s Gila National Forest, including over designated wilderness areas, has drawn a strong negative reaction from local residents who fear the flights would disrupt the region’s tranquility and drive away visitors.

Dozens of sign-carrying protestors packed a special meeting earlier this week held by the Grant County Board of Commissioners in Silver City to discuss the proposal.

In August, the Air Force published an official notice of intent to prepare an environmental impact statement to assess the proposal. Air Force officials are currently accepting public comments about the plan.

Military officials say they need the expanded training space to accommodate modern F-16 fighter jets stationed at Holloman Air Force Base. The current training area, according to the Air Force’s notice of intent, “dates back more than 30 years ago and was designed to support different aircraft with significantly different mission profiles and performance characteristics than the current aircraft.”

The document states that aircraft could fly as low as 500 feet above the ground over much of the training area. The jets would be required to fly no lower than 2,000 feet above ground level in airspace over designated wilderness areas.

The Air Force intends to examine two alternatives for expanding its training areas—one in southeastern New Mexico and the other in the southwestern part of the state—as well as a no-action alternative. Air Force officials have not released detailed maps specifying where the training areas over the Gila National Forest would be located.

At a protest before the Grant County commissioners meeting this week, several speakers complained that the flights could hurt the area’s economy by driving away visitors. Others expressed concern that flares used during the training could spark wildfires.