Small-Town Newspaper Gets It Right 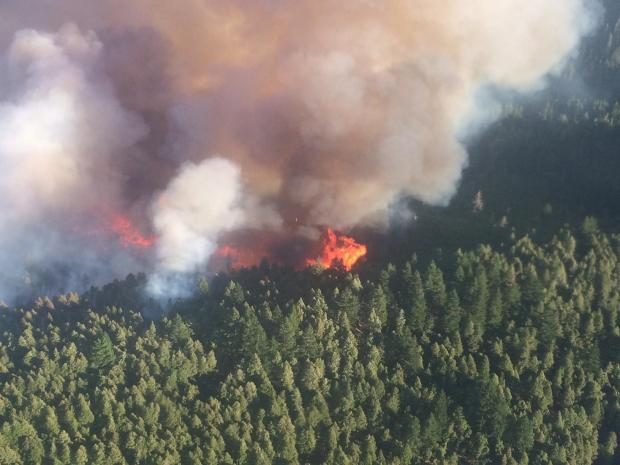 The Chetco Bar fire, which was sparked by lightning, burned nearly 200,000 acres this summer in southwest Oregon.

A pitched battle is underway over how to interpret this summer’s wildfires on federal lands, which wafted thick layers of smoke into urbanized areas around the West. How that battle ends will have serious implications for how our public lands are managed in the years to come.

On the one side are conservationists who contend that the fires were by and large natural (and inevitable) events, which contribute to the overall health of the nation’s forests.

On the other side are conservatives who claim the fires were the result of mismanagement by the Forest Service and other federal agencies that have allowed the public estate to grow choked with vegetation by kowtowing to conservationists and neglecting to thin out federal forests.

FSEEE sides with the first line of thinking, although we recognize that there are proper places to conduct thinning—mainly in the immediate vicinity of homes and communities. Even if thinning wide stretches of remote forests were effective in stopping wildfires (the science says otherwise), doing so would be prohibitively expensive.

Rural communities around the West, however, take as an article of faith the notion that “catastrophic” wildfires can be stopped—if only we had the sense to return to the aggressive logging of yesteryear. That assumption is deeply entwined with a yearning to bring back a logging industry that has withered in large part because of complex economic realities, not environmental obstructionism.

As is the case with our national politics in general, rural communities with relatively small populations play an outsized role in this debate. That’s why it’s important to take note when a small-town newspaper in a red western county has the courage to buck conventional wisdom.

Such is the case with the Medford Mail Tribune, which published an editorial yesterday criticizing commissioners in a neighboring county for approving a “no confidence” resolution against the U.S. Forest Service.

The commissioners blame the agency’s management practices for causing the Chetco Bar fire this summer. That fire was sparked on July 12 by lightning deep in the rugged Kalmiopsis Wilderness in southwest Oregon. It burned nearly 200,000 acres before autumn rains extinguished the flames.

Forest Service firefighters tried to put out the fire, but they were stymied by steep terrain, dense vegetation and flaming debris rolling down the mountainsides. Agency fire managers determined, correctly, that fighting the fire on the ground was far too dangerous.

“(M)ore timber harvest would not have prevented the growth of brush and other fuels,” wrote the Mail Tribune’s editorial board. “In fact, removing mature, more fire-resistant trees—the kind (of) logging companies want—leaves more flammable fuel, not less.”

They got this right, too:

“Thinning of small trees and removal of brush can reduce fire danger, but that doesn’t pay for itself with revenue from merchantable timber. It must be subsidized. That’s why thinning projects tend to happen near homes, not in remote areas.”

Here’s a big vote of confidence for a small-town newspaper with the guts to tell it like it is.