Go Ahead: Move the Forest Service to Interior 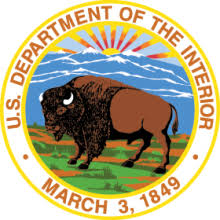 Interior Secretary Ryan Zinke has made no secret of his desire to acquire the U.S. Forest Service from the Department of Agriculture. Zinke’s zeal for restoring the Forest Service to Interior, where during its earliest years it resided, earned him a scolding from Senator Ron Wyden (D-Ore.) during confirmation. Meanwhile, Agriculture Secretary Sonny Perdue has greased the skids for the move by ensuring that the Natural Resources Conservation Service is no longer supervised by the Undersecretary for Natural Resources and Environment, a position that Perdue has yet to fill. Which leaves the Forest Service—USDA’s largest agency—without USDA political appointee supervision.

Our message to Zinke and the Trump administration? Go for it—now’s a good time.

Set aside the relative merits of Perdue, who says the national forests are “crops,” versus Zinke, who wants to shrink national monuments. They’re no better or worse than the average Trump cabinet member. In the grand sweep of history, however, both are short-timers. In the long run, it’s a no-brainer that the Forest Service belongs in Interior.

The national forest reserves were administered originally by the Department of Interior, which wanted to manage them like national parks. In 1891, Interior Secretary John Willock Noble wrote that the forest reserves would “preserve the fauna, fish and flora of our country, and become resorts for the people seeking instruction and recreation.” To that end, forests adjacent to Yellowstone National Park were the first to be reserved, not for their timber, but for wildlife, scenery and to protect river headwaters.

But for first Forest Service chief Gifford Pinchot’s ego, the forest reserves would have remained in the Interior Department. Historians can ponder: Would an Interior-controlled Forest Service have clearcut with the reckless abandon that brought us the Monongahela crisis? Would an Interior-controlled Forest Service have terraced the Bitterroot National Forest, treating its mountainsides like rows of corn? Although some things would not have changed—ranchers and miners would have their way regardless—few would gainsay the argument that Interior’s thumb would have given more weight to the environment over exploitation.

In 2009, the non-partisan Government Accountability Office studied the “potential effects and factors to consider in a move of the Forest Service into the Department of the Interior.” The GAO pointed out that Interior and the Forest Service manage adjacent lands, especially in the western states, which would make some tasks like law enforcement and recreation management more cost-effective. Firefighting has sapped the Forest Service’s budget, accounting now for over half of all spending. Interior’s agencies, in contrast, have managed fire’s costs more efficiently and not suffered the Forest Service’s fire borrowing crisis.

More important than any cost savings is whether a move to Interior would better meet the demands of the 21st century. The Agriculture Department persists in viewing national forests through the lens of timber-dependent, rural communities. Even Pinchot would reject the notion that this myopic view provides today “for the greatest good of the greatest number for the longest time.” Urban America depends on national forests for water and recreation. All of America, and the world, rely on national forests as our country’s largest storehouse of carbon. Secretaries Zinke and Perdue would leave a legacy worth being proud of if they put the national forests back where they belong.