Bill Would Roll Back Environmental Rules on Logging Projects 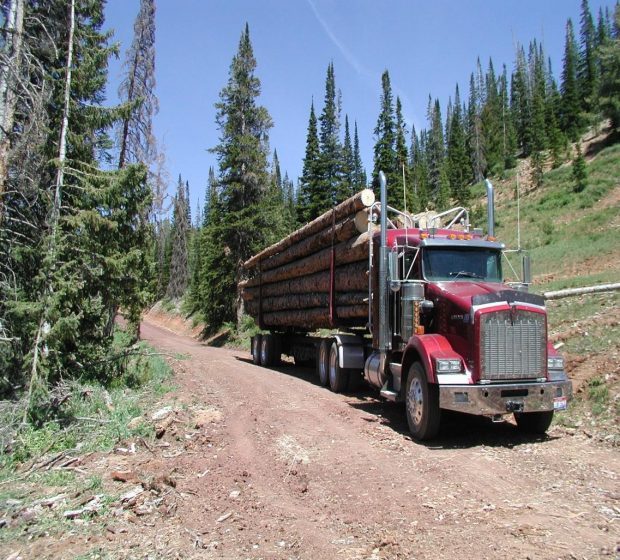 Arkansas Rep. Bruce Westerman has reintroduced a bill that would roll back environmental regulations governing logging on national forests.

The Resilient Federal Forests Act of 2017 would allow the Forest Service to sidestep laws including the National Environmental Policy Act and the Endangered Species Act to expedite logging projects.

“Our federal forests are suffering due to overgrowth, disease, insect infestation and wildfire,” Westerman said at a congressional hearing to consider the bill this morning. “My bill aims to fix those issues by giving the Forest Service the tools it needs to proactively use proven, scientific silvicultural techniques to better manage our national forest lands as well as reduce red tape.”

It would also curtail the ability of citizens and interest groups to mount legal challenges against logging projects on national forests, instead requiring logging opponents to enter a binding arbitration process. The proposed law stipulates that arbitration must be concluded within 90 days.

The act also would allow the Forest Service to forego studying a project’s impact on species protected under the Endangered Species Act “if the Forest Service determines that such action is not likely to adversely affect a listed species or designated critical habitat.”

Jim Furnish, former deputy chief of the Forest Service, was the lone witness to testify against the bill at this morning’s hearing.

“Speaking bluntly, the bill before you seeks to enact legislation that is an affront to well-entrenched pillars of our democracy,” Furnish said.

Supporters of the bill say much more logging is needed on national forests. They called for a return to logging levels of the 1980s, before litigation over spotted owls and other rare forest creatures sharply curtailed logging.

They said a lack of logging in recent decades has made national forests vulnerable to “catastrophic” wildfires.

“These forests are gonna grow, regardless of whether we manage them or not,” said Tim Freeman, a county commissioner from Roseburg, Oregon. “So we’re either gonna grow timber products, and use them, or we’re gonna grow fire.”

Over the last two decades, the percentage of the Forest Service’s budget devoted to fighting wildfires has more than tripled, from 16 percent in 1995 to 52 percent in 2015, according to agency statistics.

Westerman’s bill failed to win approval in the previous Congress. Its prospects seem much brighter this year, with Republicans in charge of both chambers of Congress and the White House.