Under Attack: The Endangered Species Act 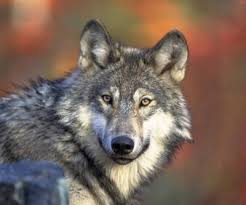 In the waning days of 1973, Richard Nixon signed into law the Endangered Species Act. It was anything but a controversial step for the embattled president, who a few months later would resign his office. Earlier that year, the ESA had passed the Senate unanimously; the tally in the House of Representatives was 390 to 12.

From a conservation standpoint, the ESA has been a resounding success. Its critics like to point out that only a small fraction of the more than 1,650 species in the U.S. that have been listed under the ESA have recovered to the point where those protections are no longer necessary—the number stands at 37. But that’s disingenuous.

When a species is listed under the ESA, it is because scientists have determined it is in imminent risk of going extinct (endangered) or likely to reach that point in the near future (threatened). A much more useful measure of the act’s success is the number of species that have not gone extinct. Only 10 of those species have blinked out over the past 44 years, meaning many hundreds of species still roam, fly, swim and grow on our planet today in large part because of protections afforded by the ESA.

The bipartisan support that marked the ESA’s birth has, of course, vanished. The Republican Party that now controls the executive and legislative branches of the federal government has morphed from one that counted “conservation” as a natural component of being “conservative,” to one that is hostile to environmental regulations in general.

Of all the landmark environmental-protection measures enacted in the 1960s and the 1970s–legislation that includes the Clean Air Act, the National Environmental Policy Act, the Wilderness Act—the Endangered Species Act seems most vulnerable. Its opponents have succeeded in tying the ESA to the states’ rights movement. And they have managed to cast the debate as one pitting the fate of obscure creatures that virtually no one will ever see versus jobs.

Lost in that debate is the fact that the act is about much more than snail darters and spotted owls. It is about the ecological health of entire ecosystems. The language is right there in the opening paragraphs of the act—that the act is designed “to provide a means whereby the ecosystems upon which endangered species and threatened species depend may be conserved.”

If Republicans succeed in revising or even rescinding the ESA, the gates will be open for a wide variety of industrial development in places where such activities are off-limits today.

The Endangered Species Act protects some of the most iconic animals found in the U.S.—California condors and gray wolves and Chinook salmon and polar bears —but most of the species protected under the act are not household names. The act protects the Lost River sucker and the Topeka shiner. More than half of the protected species are plants, including the narrow pigtoe and the Nipomo Mesa lupine. Only about 4 percent of the protected species, a total of 96, are mammals. The act protects insects and spiders, snails and reptiles, crustaceans and clams.

Even before the current efforts to undermine the law were launched, the ESA faced challenges. The Fish and Wildlife Service, the primary agency responsible for administering the ESA (the other is the National Oceanic and Atmospheric Administration) suffers chronic budget shortfalls.

Of the 1,653 U.S. species currently listed under the act, nearly 30 percent lack recovery plans, which the act requires. The federal government spends more than $1 billion each year to protect endangered and threatened species, but the majority of those funds go toward helping a handful of the listed plants and animals.

In 2014, the last year for which figures are available, 20 species of mammals, birds and fish accounted for nearly half of all ESA-related expenditures. One in four of the listed species received less than $10,000 in funding that year.

Budget shortfalls have also prevented the Fish and Wildlife Service from considering petitions to list new species under the ESA in a timely fashion. Over the years, the agency has issued a series of “warranted, but precluded” findings on the status of species. In other words, federal scientists believe a particular species is sufficiently imperiled to warrant ESA protection, but the government lacks the resources to move forward with a listing.

Recent court settlements have reduced the number of “candidate species” to just 30. A 2011 agreement between the Fish and Wildlife Service and the Center for Biological Diversity required the agency to make decisions about whether to list 251 species for ESA protection. By the end of the 2016 fiscal year, the agency had granted 176 of those species protection under the act.

The ESA allows private citizens and advocacy groups to petition species for listing under the act. The law calls for federal officials to make a determination on petitions within one year. In practice, however, determinations have taken, on average, more than 12 years, according to a study published last year in the journal Biological Conservation.

Currently, the Fish and Wildlife Service faces a backlog of more than 500 petitions.

Despite its long history of lawsuits and controversies—and in no small part because of them—the ESA has produced tangible successes. Species including bald eagles, black-footed ferrets, gray wolves and Steller sea lions have all benefited from protections afforded by the act. So have many other species that use habitat occupied by endangered and threatened species.

But the act seems more imperiled now than at any time since Nixon’s pen stroke. Previous attempts to weaken the act at least paid lip service to conservation goals. These days, no such discretion is required. In December, Utah Republican Rob Bishop, the chairman of the House Natural Resources Committee, proved the point during a House hearing. “I would be happy to invalidate the Endangered Species Act,” he said.

So far, no such proposal has made it to Donald Trump’s desk. But a bevy of bills that would devastate the ESA have been introduced in both chambers of Congress.

Among them is the “Endangered Species Management Self-Determination Act.” The measure would require congressional approval every five years for a species to remain listed under the act. It would also allow states to take over management of species that are only found within their boundaries. Since many threatened and endangered species are endemic to a specific area, that would include the majority of listed species—as many as 1,100.

The proposed legislation would thus eviscerate a central tenet of the ESA—if states fail to protect rare plants and animals, the federal government will step in. The legislation would also end the ability of regular citizens to file petitions seeking ESA protections for species.

The bill’s sponsors say the legislation puts responsibility for managing wildlife where it belongs—at state and local levels. “We can better protect endangered species by empowering state leaders to implement a strategy more tailored to their specific circumstances,” said Kentucky Sen. Rand Paul. “Instead of continuing Washington’s ‘one-size-fits-all’ approach to regulation, this bill puts local needs first and guards against bureaucratic overreach.”

Taken together, these efforts to undermine the ESA represent an assault on one of the strongest environmental laws ever enacted—anywhere. And they represent a stark departure from the clear-eyed acknowledgement that human activity threatens other living things, voiced more than four decades ago by those who supported the act.

“Only natural extinction is part of natural order,” said John Dingell, a Michigan Democrat who coauthored the bill. The act itself acknowledges that various species “have been rendered extinct as a consequence of economic growth and development untempered by adequate concern and conservation,” and that other species “have been so depleted in numbers that they are in danger of or threatened with extinction.”

And, in those first passages, the bill’s authors articulate the reasons why saving imperiled plants and animals is a worthy endeavor, writing that “these species of fish, wildlife, and plants are of esthetic, ecological, educational, historical, recreational, and scientific value to the Nation and its people.”

In 1973, those principles were beyond partisanship. Not anymore. In 2017, the question of whether we should try to save species teetering on the brink of extinction is very much open to debate.