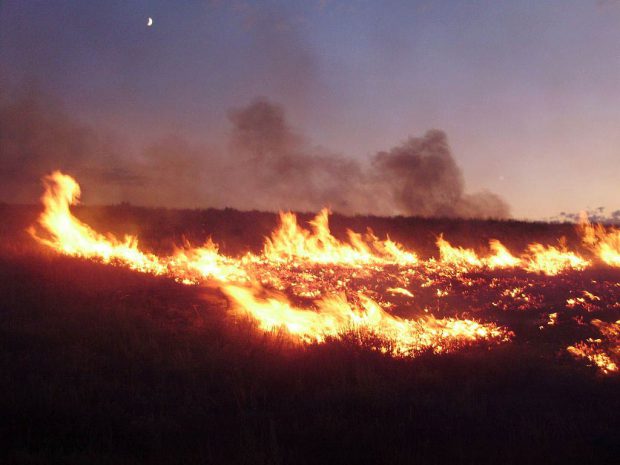 Wildfire season in the West has barely begun, but across the nation it’s already been a busy year in terms of acres burned. Virtually all of those acres, however, are on state or private land.

Nearly 2.2 million acres burned through the first three months of 2017, which is more than six times the 10-year to-date average of about 340,000 acres burned. But 97 percent of that acreage was on private tracts or on land managed by state governments.

Just over 1 percent—a little more than 25,000 acres—burned on land managed by the U.S. Forest Service.

Most of the burned acres are in the Great Plains region and the South. Prairie fires in Kansas last month burned more than 700,000 acres.

The Trump administration last month released a budget blueprint that calls for reducing funding for the U.S. Department of Agriculture, the Forest Service’s parent agency, by 21 percent.

That document calls for maintaining the Forest Service’s firefighting budget at the 10-year average expenditure level of $2.4 billion, which includes wildfire preparedness spending as well as suppression.