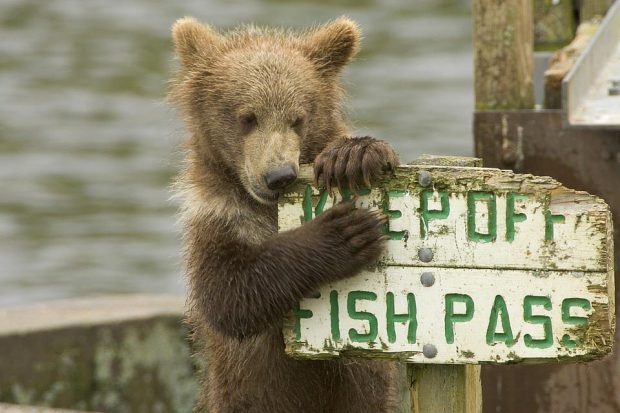 Scientific research and environmental protection programs would suffer major cuts under a proposed budget outline released this week by the Trump administration.

A congressional move to rescind the Bureau of Land Management’s “Planning 2.0” rule is on its way to President Trump’s desk. Developed by the BLM over the past four years, Planning 2.0 updates the agency’s 24-year-old process for planning and approving mining, drilling, grazing, and other business activities on nearly 250 million acres of public lands in 12 western states, including Alaska. The revamped planning process gave the public — including hikers, fishermen, hunters, and other outdoors sports enthusiasts — an earlier opportunity to comment on how a parcel of public land should be used. But not for long.

Michael Nedd, who was the assistant director for Energy, Minerals, and Realty Management, will take over as the interim head of the nation’s land management agency, and Interior said his appointment signals Secretary Ryan Zinke’s “focus on creating responsible energy jobs on public lands where appropriate.”

The National Park Service needs about $12.5 billion – with a ‘B’ – just to catch up on its backlogged to-do list. Just nine days into his new cabinet position, Zinke acknowledged he has some catching up to do.

Republican Daines and Democrat Tester join Rep. Mike Simpson, R-Idaho, and Rep. Collin Peterson, D-Minnesota, on the bill to reverse the Cottonwood decision, which found that the U.S. Forest Service must do a top-level review of new critical habitat for lynx under the Endangered Species Act.

U.S. Senator Steve Daines this week pressed the U.S. Forest Service for answers on their recent decision to reduce the number of Type 1 helicopters. According to a release from the Forest Service, the number will be reduced to 34.

Federal officials have finalized a 55 million-ton coal lease in a deal that ensures continued operations of Utah’s oldest and most productive coal mine, a move heralded as a sign of the Trump administration’s pro-energy policies to come.

Passed Thursday in the closing hours of the Utah Legislature, HB407 would tinker with a statute enacted last year setting up a framework for managing public lands now under the control of the Bureau of Land Management, U.S. Forest Service and the Fish and Wildlife Service.

National Forest officials were aghast to learn Monday, March 13, that the beauty of Ortega Falls in the mountains above Lake Elsinore is attracting not only nature lovers, but also thrill seekers. Photographs and videos posted online – recently and in years past – show people tightrope walking directly over the waterfall.

Both supporters and opponents of potential new copper-nickel mining in northeast Minnesota are expected in large numbers at a public meeting in Duluth. The’ll weigh in on a question that has fiercely divided residents of this corner of the state for years: Is the vast economic potential of enormous untapped mineral reserves worth the potential environmental risks to the treasured Boundary Waters?

People now have more time to weigh in on a controversial federal proposal to halt mining in part of Superior National Forest for two decades.

How 1,600 People Went Missing from Our Public Lands Without a Trace — Outside

When 18-year-old Joe Keller vanished from a dude ranch in Colorado’s Rio Grande National Forest, he joined the ranks of those missing on public land. No official tally exists, but their numbers are growing. And when an initial search turns up nothing, who’ll keep looking?

Hunters, fishermen and environmental activists: it’s not often these groups are mentioned in the same breath. But recently they’re finding themselves standing shoulder to shoulder over the issue of public lands.

Despite the wet winter and far-above-average Sierra Nevada snowpack, California forests remain at risk from tree mortality, bark beetle infestations and overgrown landscapes, according to presentations at the 2017 California Farm Bureau Federation leader.

The U.S. Forest Service says the Pikes Peak District spends nearly $20,000 annually on trash clean-up. But because these undesignated shooting ranges are in a remote area, it’s difficult to enforce, especially when they cover close to 3 million acres.

A full-grown Southern pine beetle is still about half the length of a grain of rice, but state and federal forestry officials worry this tiny bug could have a monster impact this year on the state of Alabama’s $11 billion wood products industry.

A popular spot for anglers, boaters, campers, skiers, snowmobilers, and conservationists will now be preserved in a successful seven-year campaign to save Stony Point.

BLM to unleash artists in Cascade-Siskiyou monument — The News-Review

Three artists will each get two weeks in the monument to capture what President Bill Clinton declared as “the spectacular biological diversity” when he created the monument east of Ashland in 2000.