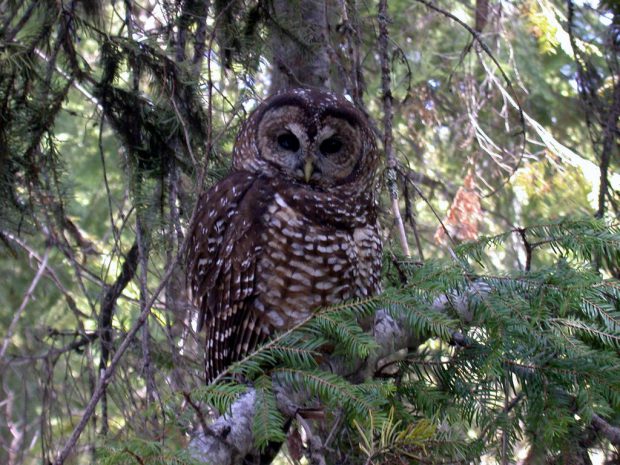 December 21, 2016 — The long, slow process of revising the landmark Northwest Forest Plan took a step forward this month with the release of a draft “science synthesis” that examines current conditions on 24 million acres of public land.

A team of 45 scientists prepared the 1,294-page document, which considers issues ranging from the status of rare species such as spotted owls to the effects of climate change to the evolving ways people view public lands in the region.

The report will be peer reviewed by a separate team of experts. A final report is expected late next year.

The Northwest Forest Plan was adopted in 1994 after a federal judge halted logging on federal lands in the region to protect spotted owls and other rare species. The plan covers 17 national forests in Washington, Oregon, and Northern California and areas managed by the Bureau of Land Management.

Scientists and federal land managers say much has changed in the 22 years since the plan was adopted. They say a new plan is needed to consider factors such as the effects of climate change, the incursion of non-native barred owls in the region and the effects of decades of wildfire suppression.

Spotted owls, the marquee species that the original plan was designed to protect, have continued to decline throughout the Northwest.

Findings released by the Forest Service last year showed that the birds’ numbers have dropped by nearly 4 percent annually. Key factors include the incursion of the more aggressive barred owls in spotted owl habitat, climate change and the continued loss of old-growth forests.

The Forest Service’s draft science synthesis cites hundreds of papers published over the last two decades. That includes a paper released by four owl experts last year indicating that juvenile spotted owls need far more old-growth habitat than called for by the Northwest Forest Plan, in order to leave the nest and establish a successful range of their own.

The public is invited to submit comments to the peer reviewers through January 6, 2017. The entire plan revision process is expected to take at least another four years.