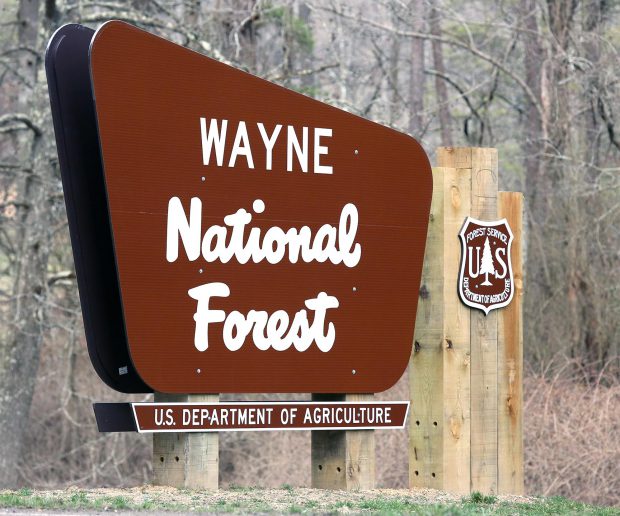 The agency offered 17 parcels on the national forest for private companies to lease for the purpose of exploring for oil and gas. The parcels cover approximately 719 acres.

A total of 22 companies bid on the leases, offering more than $1.7 million for the right to explore for oil and gas on the national forest.

Many local residents and conservation groups have criticized the leases, saying that oil and gas development will harm the environment, accelerate climate change and interfere with the public’s ability to use the Wayne National Forest for recreation.

“This is Ohio’s only national forest,” Heather Taylor-Miesle, executive director of the Ohio Environmental Council, said in a prepared statement. “We need to do all we can to protect it.”

BLM officials had planned to offer 16 additional parcels, covering 881 acres, for lease. They decided to withdraw those “to resolve questions of ownership and existing rights,” according to a BLM decision record.

Federal land managers have undertaken a broader review of potential oil and gas development on the Wayne National Forest, identifying as many as 40,000 acres that could be opened to drilling.

The agency expects to offer more land on the national forest for lease in coming months and years. Since April 2012, the BLM has received at least 50 formal “expressions of interest” from oil and gas companies seeking to drill on the Wayne National Forest.

This week’s action does not allow companies to undertake drilling. Site-specific analyses by the BLM and the Forest Service would be required before drilling could begin.

Federal officials say oil and gas drilling, including hydraulic fracturing, or fracking, is consistent with the national forest’s land and resource management plan, which was adopted in 2006. That document includes a goal of providing “a supply of mineral commodities for current and future generations, while protecting the long-term health and biological diversity of ecosystems.”

BLM officials said they received nearly 15,000 public comments about the leasing proposal, most of which were critical of the plans.